In addition to a successful equestrian career, Bloomberg has co-authored four young adult novels about the equestrian show circuit, The A Circuit, and is well known for her philanthropic efforts, particularly for her extensive animal welfare work and for founding The Rider’s Closet in 2006.

An animal lover from a very young age, Bloomberg began riding at the age of 4. Her success as a child rider was notable, winning Best Child Rider awards at every major horse show on the East Coast before turning her attention exclusively to show jumping in 2001.

She went on to win the USET Talent Derby in 2001 and  two gold medals at the FEI North American Young Riders’ Championships (team gold in 2002 and individual gold in 2003).

In 2004, Bloomberg won the coveted USET Maxine Beard Award, which recognizes accomplishments by an up-and-coming show jumper. The same year, she also won the Derby of Drammen. The following year, she made her FEI World Cup Final debut and was a member of the first, winning U.S. team in the Samsung Super League Nations Cup team at La Baule, France.

From there, Bloomberg gained numerous show jumping victories, including winning five WEF Challenge Cup titles since 2005 in Wellington; first place at the $75,000 Empire State Grand Prix at the 2010 Lake Placid Horse Show; in 2014, she anchored the U.S. team victory at the Furusiyya Nations Cup in Gijon, Spain with a double clear performance; she triumphed at the inaugural $210,000 Central Park Grand Prix CSI3* later that same year; and she claimed victory at the $127,000 Adequan® Grand Prix CSI3* at the 2015 Winter Equestrian Festival in Wellington-just to name a few.

In 2016, Georgina had the opportunity to participate in the inaugural season of the Global Champions League in the capacity as both a rider and team owner. Developed by Jan Tops and Frank McCourt, co-owners of the Longines Global Champions Tour, the revolutionary new show jumping format unites squads of five riders over two rounds of 1.55m level competition held on the Friday of each LGCT stage.

Previous owner of the GCL Team Miami Glory and now new owner of the New York Empire, Georgina, along with an impressive line-up of athletes including London Olympic gold medalist Scott Brash, Irish veteran Denis Lynch, Germany’s Hans-Dieter Dreher, U.S.-based Daniel Bluman, who competes for Israel, and the USA’s rising U25 star Spencer Smith, they tackled the 2019 edition of the exciting new Global Champions League season and qualified for the series final, the GCL Super Cup in Prague.

New York Empire’s 2019 season included a win for the team at the Valkenswaard, the Netherlands, stop on the tour in August. Bloomberg, Smith, and Bluman jumped for the New York Empire for the win.

These wins and top placings have highlighted her growing career as a top level show jumper, a profession she has excelled in despite taking time off due to two major injuries in 2002 and 2010.

In addition to her riding career, Bloomberg is the proud mother of son, Jasper, who was born in New York in December 2013. 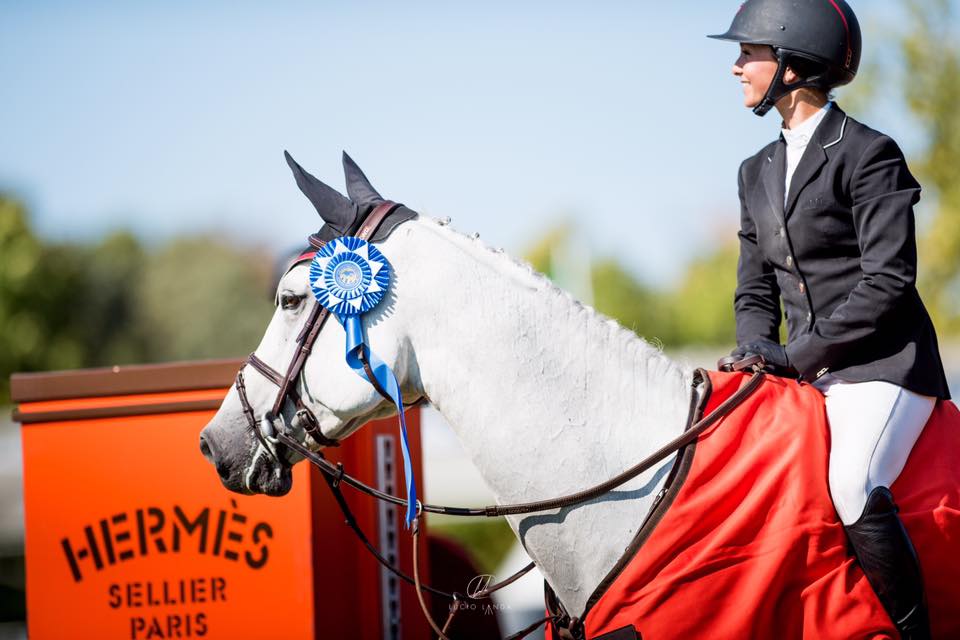