New York, NY – Dec. 20, 2018 – Top show jumper Georgina Bloomberg of New York, NY, has been rebuilding her string of horses in 2018 and is headed into the 2019 Winter Equestrian Festival in Wellington, FL, with a barn full of talented horses. And after top placings with Chameur 137 in fall World Cup qualifying classes, she’s sixth in the Longines FEI Jumping World Cup™ Standings – North American Eastern Sub-league and aiming for the 2019 Longines FEI Jumping World Cup™ Final in Gothenburg, Sweden in April.

“That’s definitely my goal, now that I have the right horse for it,” Bloomberg said. “This year in Florida my priority will really be [the final two World Cup-qualifying] classes with Chameur.”

Bloomberg competed in the 2005 FEI Jumping World Cup Final in Las Vegas, NV. “It never worked out timing-wise with having the right horses,” she said. “It’s also hard to qualify for World Cup Finals. It’s a long process and you need a lot of luck in the right classes. Between not having the right horse, my back surgery [in 2011], a few horse injuries and having Jasper [in 2013], it’s been something every year. But hopefully it’ll come together this year.” 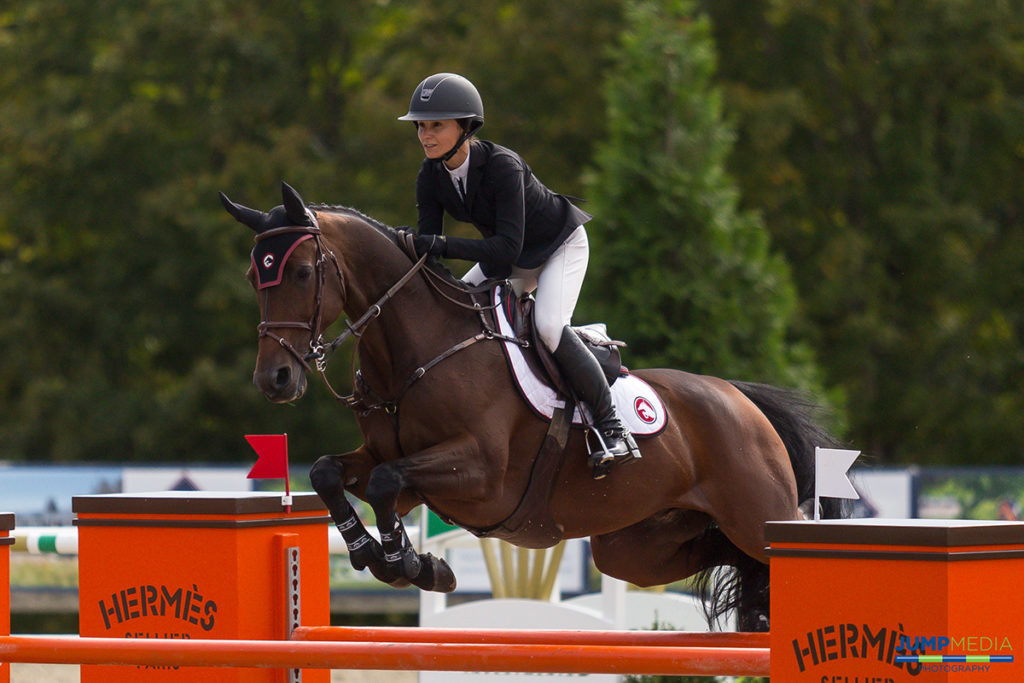 “We’ve had to test him in all kinds of different situations—he’s had to go on grass twice, indoors, and he’s been super,” Bloomberg said of Chameur. “I think he’s one of those horses that we’re so lucky to have in that he can go into any venue and excel at anything. After a couple of years of not having the right horse, I know to take advantage of it when you do have the right horse, because you never know how long it’s going to last. You have to really appreciate it and show them. We decided to do as much as we could with him, and then he’ll have a little break.”

Chameur’s first grand prix class in 2019 will be the Longines FEI World Cup™ Jumping Wellington at the Palm Beach Masters CSI4*-W at Deeridge Farm in Wellington, FL, on January 30 – February 4, but Bloomberg plans to show him in some smaller classes earlier in the year as well. “We’re still learning about him. I’m looking forward to doing a couple of smaller classes and getting to know him, because when he arrived, we went straight into the grand prix classes,” Bloomberg said. “I’ve never jumped 1.40m with him—I’ve only ever jumped grand prix level with him. So I’m looking forward to jumping in some 1.35m and practicing some jump-off turns and getting to know him a bit more. He definitely has a lot of energy and blood, so I think he’ll be the type of horse that gets better the more he goes, but that’s one of the things we’ll have to figure out more about him.” 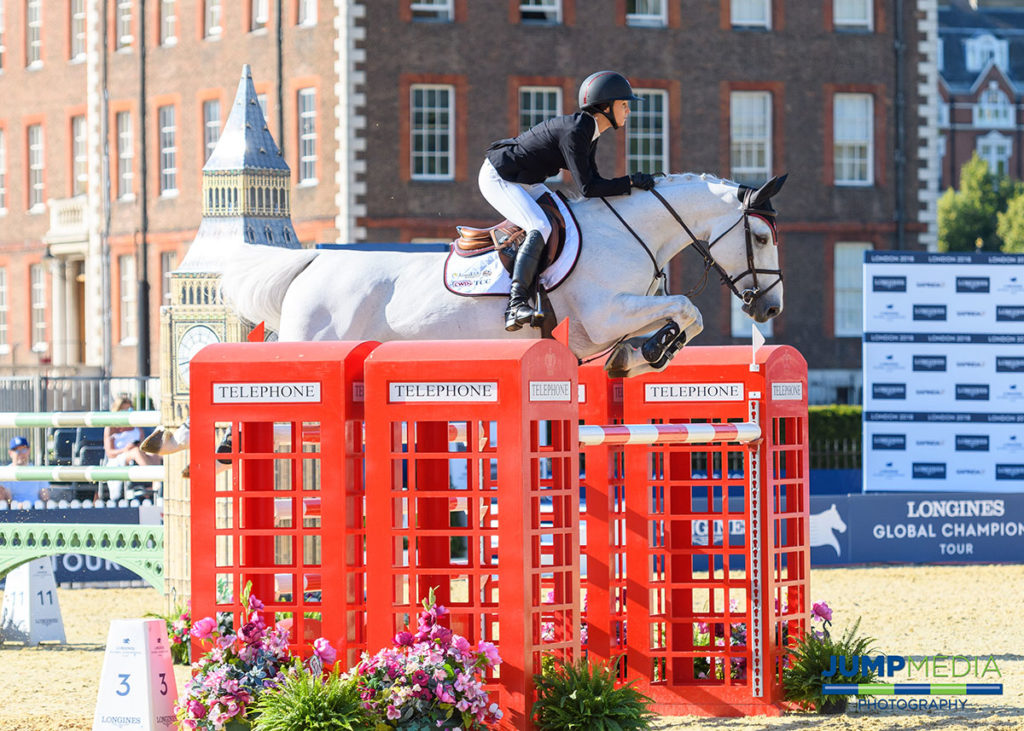 For the grand prix classes, Bloomberg will also have Manodie II H, Crown 5, and Quibelle. Her mount for team bronze at the 2015 Pan American Games, Lilli, is preparing to show again, and Cliff Z, Calista, and the homebred South Street are also ready to jump. With the two gray mares Paola 233 and Cessna 24, Bloomberg plans to be competitive in the 1.45m and 1.50m classes. Paola 233 won the $30,000 Boars Head Jumper Challenge at the Hampton Classic and the $50,000 International Jumper Speed Final at the Washington International Horse Show. Cessna 24 placed third in the $36,500 Grand Prix Qualifier at the Del Mar International. “I have a nice, strong string for circuit,” she said. 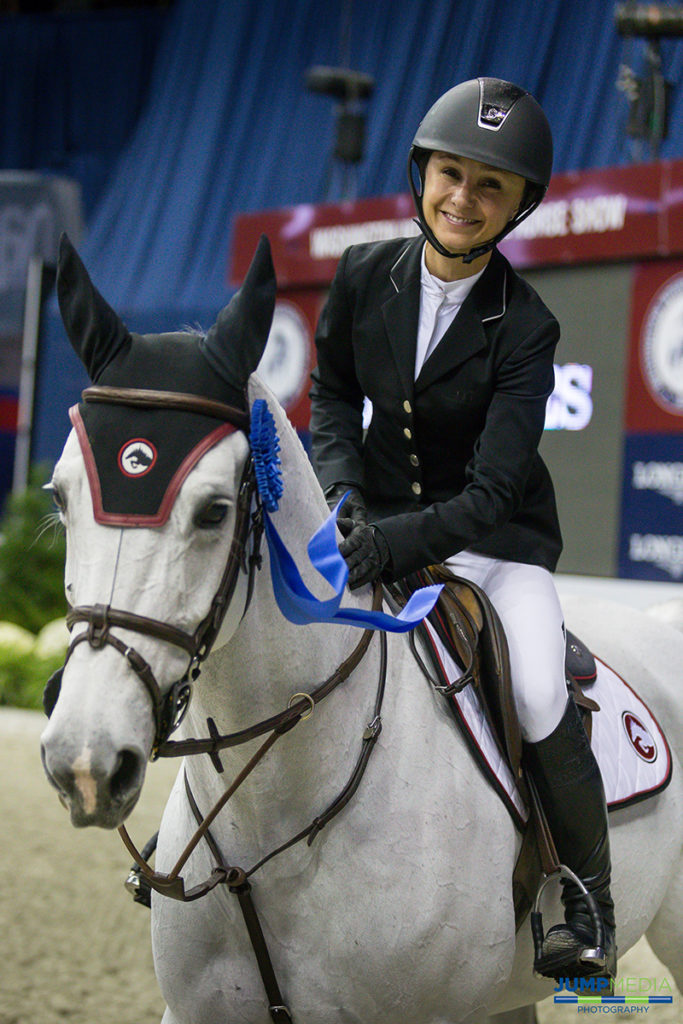 The Florida circuit is also where Bloomberg plans to debut an exciting young prospect, the Australian-bred stallion Tulara Colmine. She bought the eight-year-old warmblood, who had been jumping at the 1.35m level in Europe with Julia Lynch, in September. In addition to some younger horses she’s been bringing along, Bloomberg also has an eight-year-old homebred, Manhattan, to show. “I think he shows a lot of promise and a lot of scope, and hopefully will step into some bigger classes by the end of the year,” she said. “I think it’s always important to have one or two really good young horses that you believe in and can plan for, so we don’t come to the end of the year and need to fall back on horses that aren’t there. I think you always have to be planning for the future.”